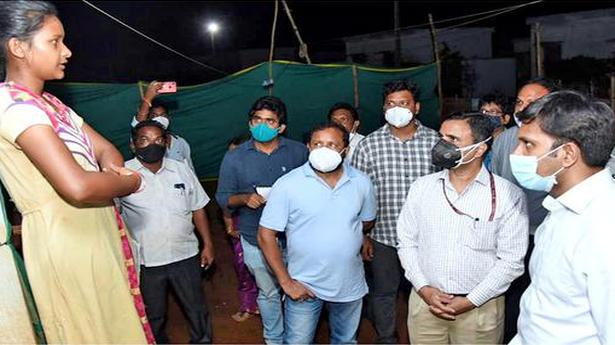 Scores of forest dwellers from the agency areas of East Godavari district, who have shifted to the Resettlement and Rehabilitation (R&R) colonies to make way for the Polavaram irrigation project, remain unemployed for most of this year as they could not find an alternative livelihood.

In their ancestral villages, their prime source of livelihood options was agriculture and collecting minor forest produce, apart from their traditional occupations.

On Tuesday, the evacuees shared their woes with the officials during a meeting convened by Union Ministry of Tribal Welfare Secretary Anil Kumar Jha at the Indukuru R&R Colony. The affected families from Mantooru, Enugula Gudem, and Agraharam villages have been rehabilitated in the R&R Colony.

“Not even 10% of the rehabilitated families are yet to find any alternative livelihood options in the new settlement. We appeal to the State government to show us the way,” the families settled in the Indukuru R&R Colony said.

Responding to the plea on the unemployment, East Godavati Collector Ch. Hari Kiran assured that a field-level survey would be held to chalk out a plan for employment opportunities. “The programmes under the Van Dhan Vikas, Velugu will be implemented and computer training will be provided based on the survey,” said Mr. Hari Kiran.