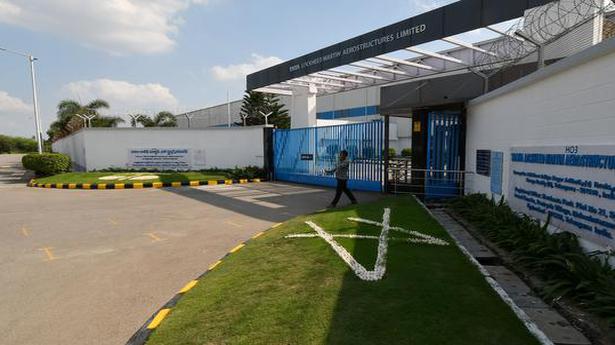 Lockheed Martin and TLMAL had in 2018 entered into an agreement to develop a fighter wing prototype. “Through this prototype project, TLMAL demonstrated the capability to perform detailed part manufacturing and delivery of a fully compliant representative fighter aircraft wing shipset,” Lockheed Martin said in a release on an event marking the first fighter wing prototype built at the JV facility here.

This effort represents Lockheed Martin demonstrating to India, and to the world, the degree of confidence that exists in relationships with our partners in India, she said.

The prototype development further strengthens Lockheed Martin’s partnership with India and supports its F-21 offering exclusively for India and the IAF.

While expressing its interest in supplying 114 new fighter aircraft, the firm has committed to enhancing additional indigenous production capability.

TLMAL serves as the single global source of C-130J empennage assemblies that are installed on all new Super Hercules aircraft. It recently reached the milestone of manufacturing and delivering the 150th C-130J empennage, the release said.

Mr. Rama Rao said Telangana has the most active and well supported aerospace and defence ecosystem in the country. The sector has witnessed unprecedented growth during the past five years, anchored on the progressive policies and infrastructure support provided by the government here.

He assured support of State government for the current and future programmes of the firm. In a tweet, he said, “the successful certification and delivery of F-16 wing is a great testimony to the heights Hyderabad aerospace and defence ecosystem has grown to in a relatively short span of time.”