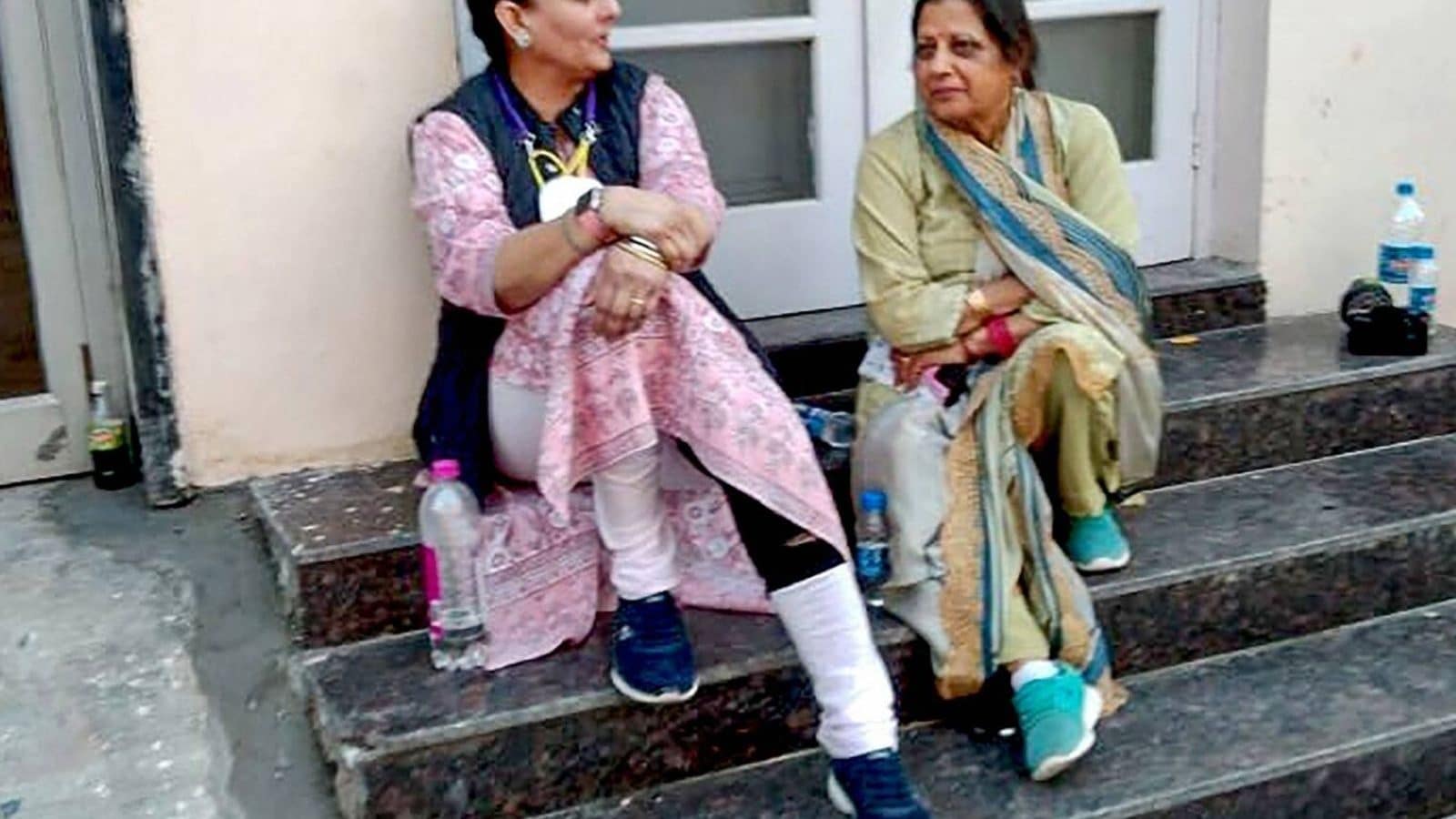 Just how important Patiala will be during the forthcoming electoral battle for Punjab was on full display on Thursday when the city Mayor, a close associate of former Chief Minister Captain Amarinder Singh faced a no-confidence motion against him brought about by councillors close to a minister in the Charanjit Singh Channi cabinet.

In attendance at the corporation office where the confidence motion was to be tabled was Captain Amarinder himself. Outside, his daughter sat on the steps in protest making it evident that the battle for Patiala would be fought intensely. The former Chief Minister has already announced that he would contest from Patiala.

There was a ruckus inside the Patiala Municipal Corporation as the voting on the no-confidence motion against the Congress government’s diktat of removing incumbent Patiala Mayor Sanjeev Sharma Bittu began. Both sides are claiming victory. Bittu claimed the support of over 30 councillors alleging that two were forcibly removed by cops.

Brahm Mohindra, minister in the Channi cabinet, however, denied that the motion was defeated claiming that Bittu had failed to garner the support of just over 20 councillors. There were chaotic scenes at the civic body even as Capt Amarinder arrived at the office, cops allegedly forced two aides of Bittu out of the office. While Bittu claimed they were two of his supporting councillors, the police claimed they were Bittu supporters and not councillors.

While all this was happening, Amarinder was seen watching the proceedings, as a huge posse of policemen maintaining vigil.

The Congress had on Wednesday issued a show-cause notice to its Amarinder’s wife and Patiala MP Preneet Kaur, seeking an explanation for her “anti-party activities”. Kaur has been asked to explain her stand within seven days.

After his unceremonious exit from the state government, Amarinder floated his political party and named it the Punjab Lok Congress. He is hoping for a seat arrangement with the BJP for the upcoming elections. Amarinder had also announced that he will fight from the Patiala seat, his family bastion, in the 2022 assembly elections. He has represented the seat four times — 2002, 2007, 2012 and 2017.