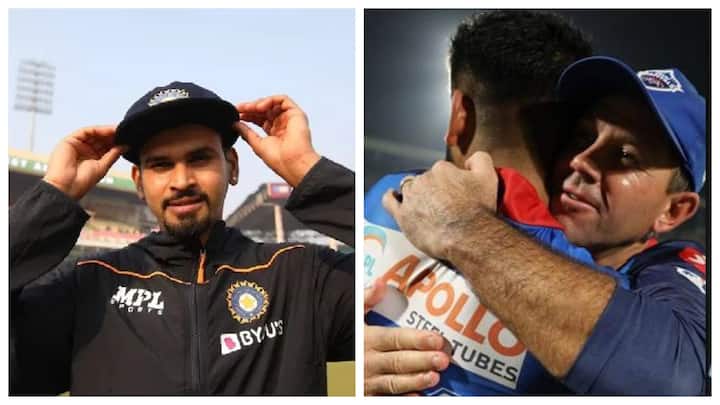 Shreyas Iyer made his Test match debut for India against New Zealand on Thursday. He was named in the Indian Playing XI and was presented the Indian Test cap by the great Sunil Gavaskar.

Shreyas’ Delhi Capitals coach in the IPL, Ricky Ponting, has congratulated the youngster on his Test match debut for India. Ponting said he felt ‘proud’ as Iyer made debut in the Indian team.

Ponting tweeted: “Having seen all the work you’ve put in over the last few years, very well deserved and only the beginning for you mate. Proud of you @ShreyasIyer15”

Having seen all the work you’ve put in over the last few years, very well deserved and only the beginning for you mate. Proud of you @ShreyasIyer15. https://t.co/Tnb3xZNXhX

Ponting shared a video where Sunil Gavaskar is seen presenting Iyer with his Test cap. Other teammates also congratulate Iyer on his memorable day. He is set to come to bat at three-down in the Kanpur Test.

Iyer has played 22 ODIs and 32 T20Is for India and has also been a former captain of the Delhi Capitals IPL side. He was picked ahead of Hanuma Vihari who was picked in the India A squad.

Iyer has a phenomenal domestic Test record. He averages 52.18 in 54 games, scoring 4592 runs which includes 23 half-centuries and 12 hundreds.

Iyer walked in to bat on Day 1 of Kanpur Test! He is at the crease with Ajinkya Rahane.