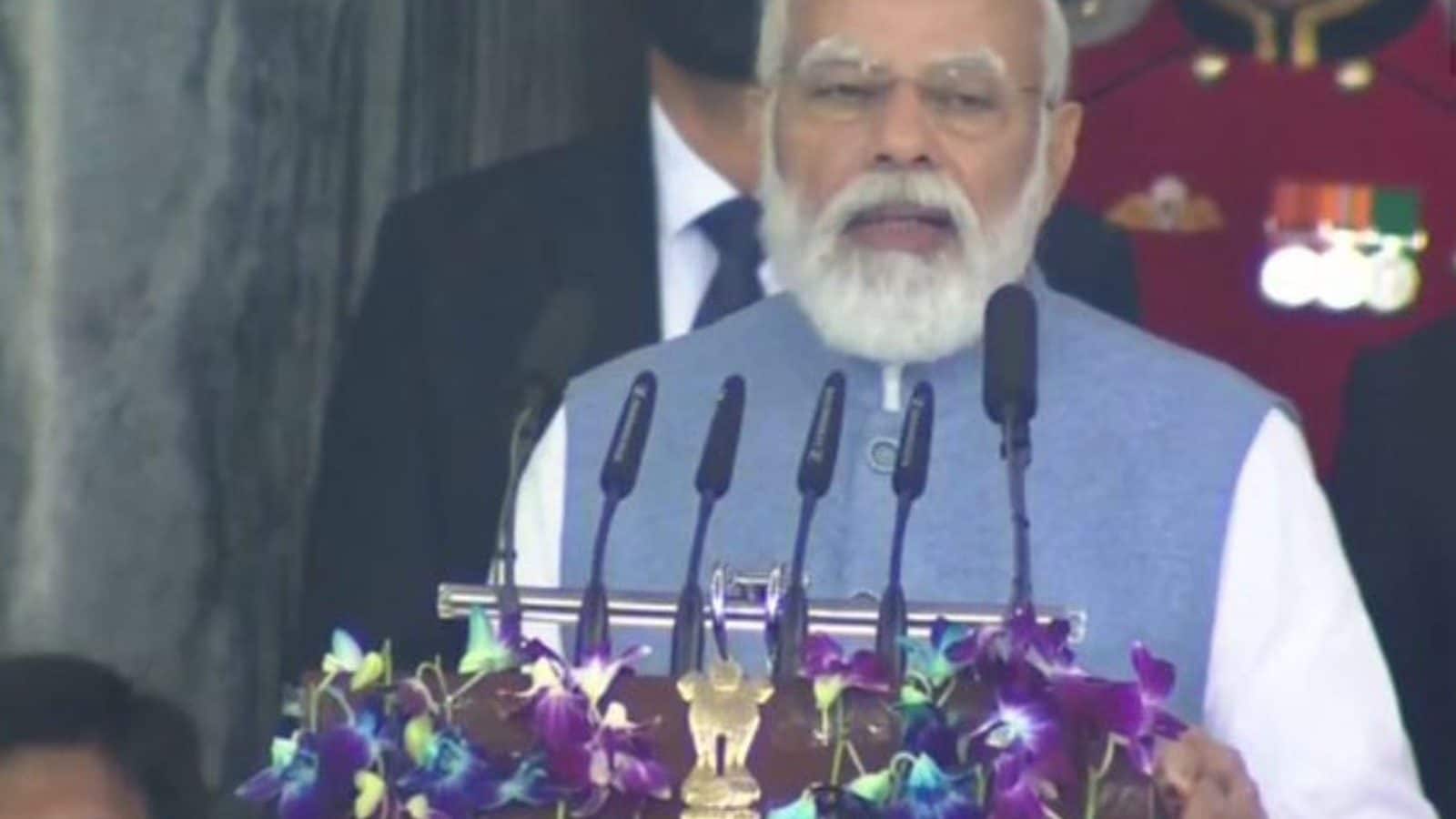 Dynastic parties are a matter of concern to people committed to the Constitution and are against the spirit of democracy, Prime Minister Narendra Modi said on Friday at a Constitution Day event in Parliament. Modi also paid tributes to security personnel who lost their lives during the November 26, 2008, terror attacks in Mumbai.

“Dynastic parties are matter of concern to people committed to the Constitution. Look at dynastic political parties from Kashmir to Kanyakumari, this is against the democratic spirit,” Modi said. “If a party is run for generations by a family and the entire party system is with a family then that is the biggest problem for a healthy democracy,” he said in an apparent reference to the Congress.

He also said that the constitutional spirit is hurt when political parties lose their democratic character. The event, which was organised as part of the Azadi ka Amrit Mahotsav to celebrate 75 years of India’s independence, was boycotted by opposition parties. Modi, however, said the function was not organised by the government, but by an institution.

The Congress and several other opposition parties had a day ago decided to boycott the celebrations. “The BJP is continuously attacking the constitutional rights. We want to clarify that if opposition or its leaders are invited, then we they should not only invite us to just sit and listen,” Congress’s Anand Sharma said, adding that the Constitution Day is not the day to attack the opposition.

Sources said that the DMK, Shiv Sena, RSP, NCP, SP, TMC, the CPI, CPI(M), RJD, JMM and IUML were among the parties who gave a miss to the event. A TMC leader said none of its MPs was presently Delhi to attend the event.

(With inputs from PTI)