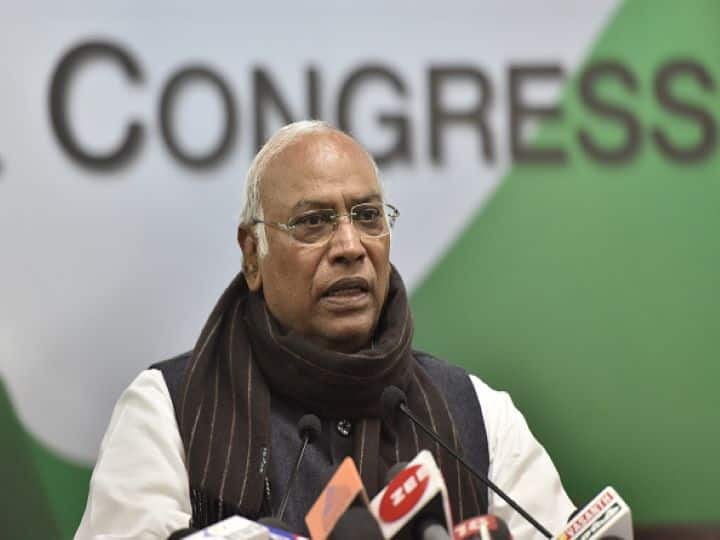 New Delhi: Congress president Sonia Gandhi on Thursday held a meeting of top party leaders to discuss the strategy for the upcoming session that will start on November 29.

It was decided that Congress will press for repealing the three farm laws on the very first day of the upcoming Winter Session of Parliament besides seeking Rs 4 lakh compensation for the families of those who died of COVID-19.

The Congress leaders’ meeting was held at Sonia Gandhi’s residence, 10 Janpath, in Delhi with Leader of Opposition in Rajya Sabha Mallikarjun Kharge and deputy leader Anand Sharma, along with chief whip in the upper house Jairam Ramesh among others in attendance.

“In Congress Parliament Strategy Group meeting today, we have decided that we will raise a range of issues in the Parliament, including inflation, prices of petrol and diesel, Chinese aggression, and issue of J&K”, Leader of Opposition in Rajya Sabha, Mallikarjun Kharge said after the meeting as reported by news agency ANI.

He revealed that on the first day of the Winter Session of Parliament, Congress will raise the farmers’ issues including MSP and removal of Union Minister Ajay Kumar Mishra from the Cabinet over his involvement in the Lakhimpur Kheri incident.

“We will call up leaders of various parties as part of our efforts to bring Opposition parties together on these issues in the Parliament,” Mallikarjun Kharge added.

Meanwhile, PTI cited sources as saying that the Congress leadership decided to seek for the repeal of the farm laws on the first day of the session itself.

“We want the repeal of the three farm laws on the first day of the session. We will also demand a separate law for minimum support price,” a senior leader told PTI.

The Congress leadership also decided to raise the issue of price rise and that the party will press for the demand for seeking Rs 4 lakh compensation for all victims of COVID-19, reported PTI.

The Union Cabinet has approved a bill to repeal the three contentious agrarian laws following Prime Minister Narendra Modi’s announcement on November 19. It will be introduced in Lok Sabha during the Winter Session.