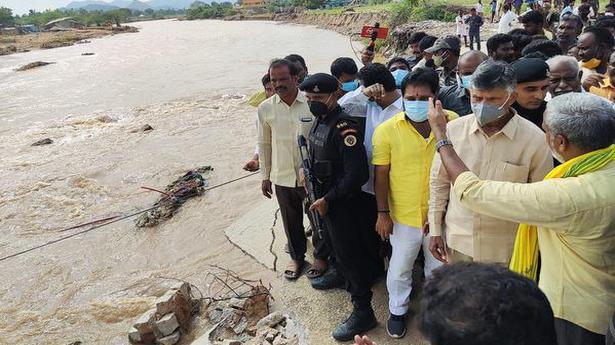 TDP national president N. Chandrababu Naidu promised his party’s support to the victims of the floods in Chittoor district.

Mr. Naidu went around a photo exhibition organised by the TDP youth wing on the flood damage.

Mr. Naidu later visited Papanaidupeta village in Srikalahasti Assembly constituency, among the villages that were worst hit when the Swarnamukhi river was in spate.

He inspected the huts and houses ravaged by the flood. The residents poured out their grievances.