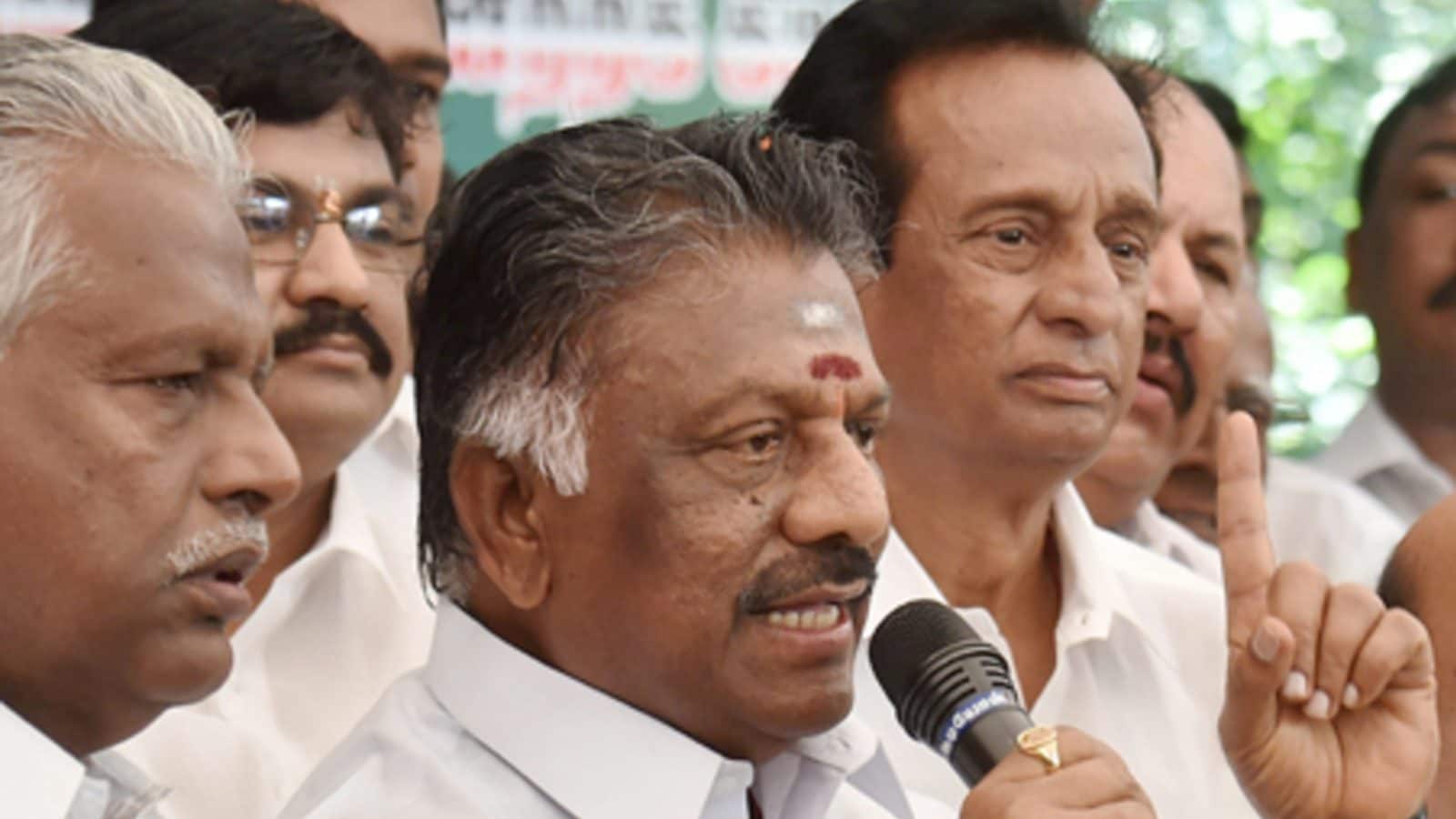 Tamil Nadu food minister R Sakkarapani discussed the idea for Kalaignar Canteens with Union minister Piyush Goyal during a conference about state-sponsored schemes that would receive funding under the National Food Security Act.

Amma Canteens were started by Jayalalithaa, fondly called ‘Amma’ by supporters, in 2013. ‘Kalaigner’ is a moniker given to the late DMK patriarch M Karunanidhi. “It has been recorded that in the future, 500 community kitchens will be set up under the name ‘Kalaignar Canteens’. This is an attempt to eclipse the name Amma Canteens, and is being done with political motivation. I condemn it strongly,” Panneerselvam said in a statement.

Tamil Nadu food minister R Sakkarapani discussed the idea for Kalaignar Canteens with Union minister Piyush Goyal during a conference about state-sponsored schemes that would receive funding under the National Food Security Act. Sakkarapani also sought funding for 650 Amma Canteens set up under the previous AIADMK regime. The minister said 2.15 crore people had benefitted from June to mid-November under the Amma Canteens scheme.

After the DMK came to power in May this year, a DMK worker was filmed trying to remove the board of Amma Canteen outside an outlet. After the clip was shared widely on social media, the MK Stalin government restored the board while the party took disciplinary action against the worker.