Suhana Khan had enrolled for a filmmaking course at the prestigious New York Universtiy in 2019 and now it looks like her term has come to an end. The star kid shared a post about on Instagram about leaving New York and captioned with a heartbreak emoji. Suhana was stationed at a plush apartment in NYC, where she even celebrated her birthday this year and also hosted several parties. Suhana graduated from Ardingly College in Sussex, England, post which she headed to New York to pursue her further studies. 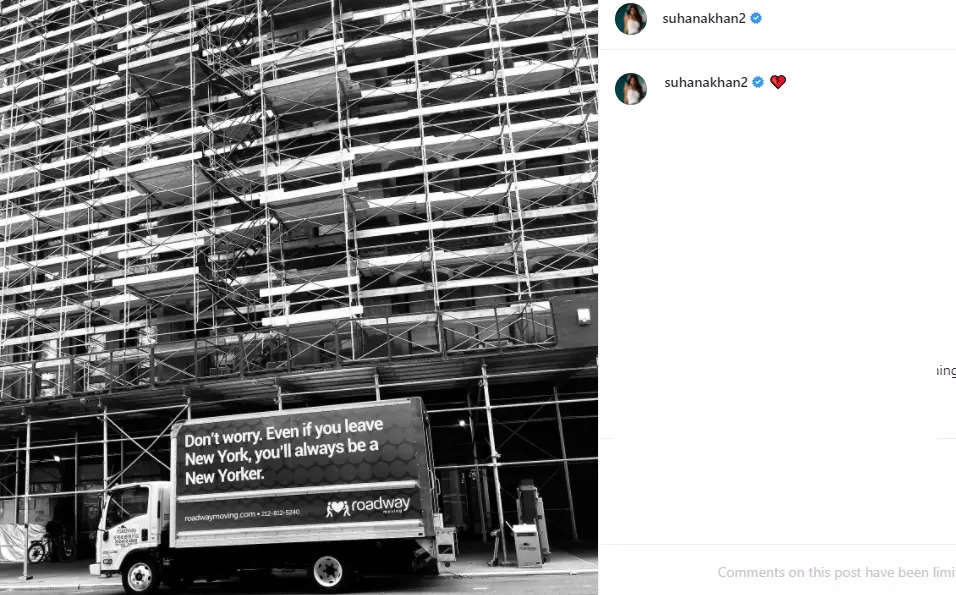 Previously, Shah Rukh Khan had opened up about Suhana and Aryan Khan’s career plans and told Mumbai Mirror, “Suhana has an inclination towards wanting to be an actor. She finishes school in six months after which she will go to an educational institute for three-four years to train in acting. Aryan doesn’t want to be an actor, he wants to make films, become a director, and is training for it in the US.”

While Shah Rukh Khan is all set to resumed work now that Aryan Khan’s controversy has been cleared. The actor has an international schedule of ‘Pathan’ pending with Deepika Padukone. He will reportedly head to Spain for this Siddharth Anand directorial. Apart from this, SRK also has Atlee’s next, for which he had already begun shooting with Nayanthara.